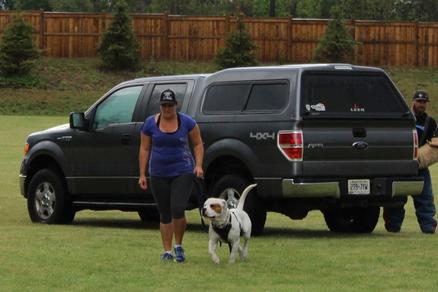 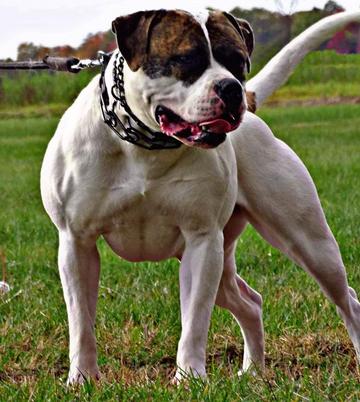 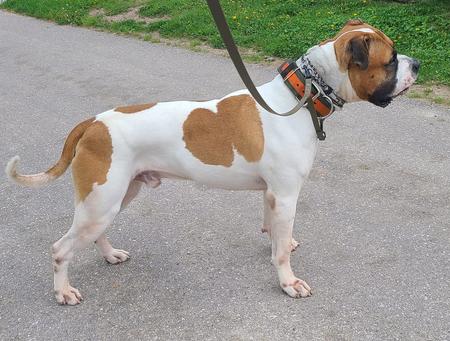 Holley is a very forward confident puppy that oozes drive.  She has a combination of both parents, so she's going to be a handful to rein in, but she should excel in time.  She lives on rural property with critters, so I look forward to watching her grow and mature. 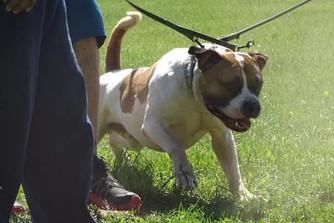 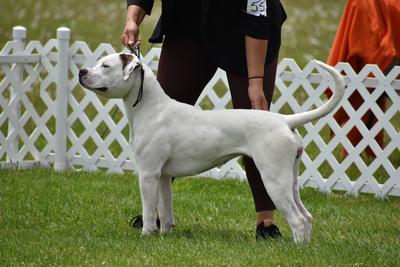 Maple is an outstanding young female.  She earned 3 Best in Show Standard Puppy wins at the Crazy Canuck Classic at 9 months in 2022 making her an NKC Jr CH.   In UKC, she showed earlier that month to win a Best in Breed and Best Winners, then carried on to Premiers to win a Best in Breed against some stellar competition and finished her Champion title the same weekend.  She is super friendly, crazy prey drive, very confident and outgoing.  She is super correct and and floats when she moves.  We enjoy training her and put some foundation bitework on her, and time will tell what time our life allows us and what direction we take her. 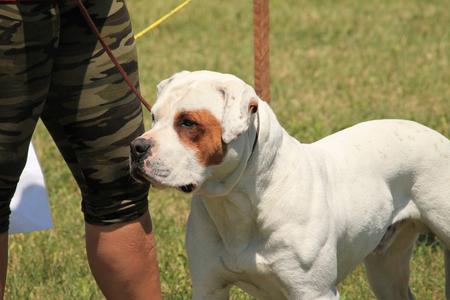 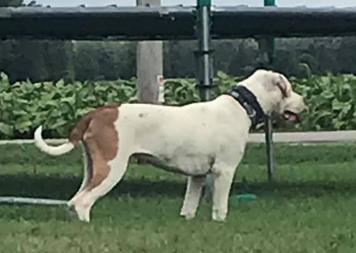 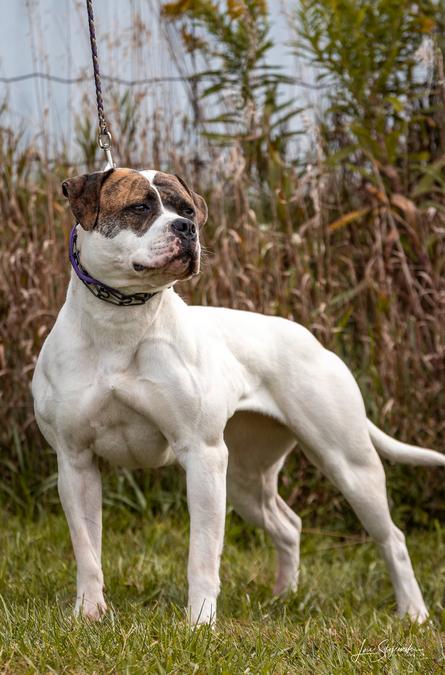 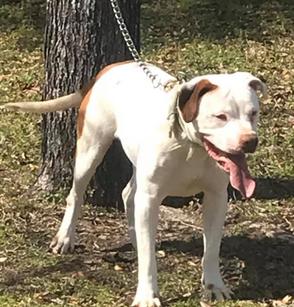 For the best gut health...

Rain is a really nicely balanced female with a super social temperament.  She stayed here until she was 6 months old, finished her NKC Jr Champion title, and later went to South Carolina where she lives with Robert at RJ Kennels.  She has now caught a tonne of hogs and is essentially a running catch dog.  Robert's enjoys her temperament and workability.  She's bigger than his traditional catchdog preference, but does the job.  Roper still owns her, but she will live and work for Robert.  There's nothing you can pick apart with this female really besides her dark liver pigment and green eyes.  She's correct, stable, balanced, athletic with a tight scissor bite.  I got everything I wanted in this female besides her pigment colour, so I'm thrilled to see her work for Robert. 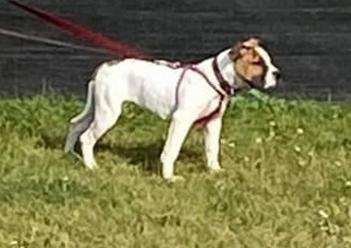 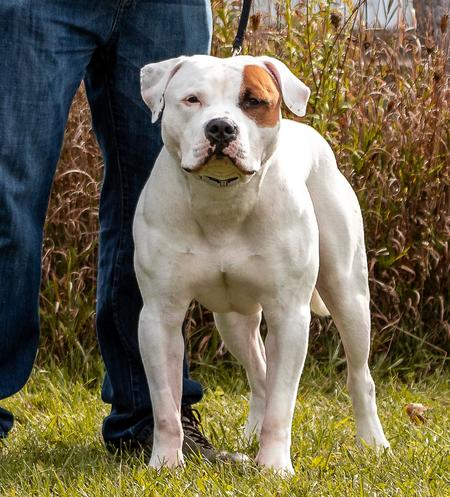 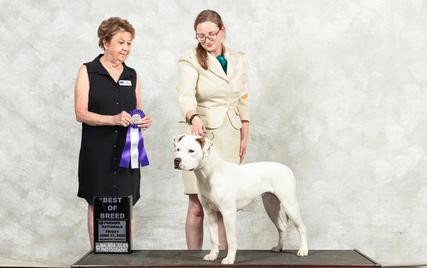 Blue is a very eager to please dog always wanting to be glued to your side.  He is a bouncy kinda dog, and will gladly relax at your foot in the house.   He will do ANYTHING you ask of him very happily from agility to weightpull to protection training to just being a fun family dog.  In just 4.5 months of weekly training after some basic foundation, we were able to trial at a PSA trial and earn his PDC-SD (Protection Dog Certificate - Sleeve Division), which coincidentally was 2.5 weeks after life  saving obstruction surgery.  In just 3 short weeks we trained him to his UWP (first level of UKC weightpull and he did with ease).  We also on a whim entered him in a UKC Agility trial and he had super results in all his legs earning his UAG1.  He has a very strong ball & prey drive and is very attentive to Stephanie particularly, however he's also a very social dog that can hop right into the car beside our son after doing bitework.

He has had phenomenol conformation results with highlights earning his Champion and Grand Champion NKC Conformation title in 2017, as well as winning Best in Breed at Carolina Spectacular, Quebec Fall Bull & the Florida NKC Shows, and Best in Show  at Grand River Kennel Club October 2016 UKC Show  beating over 200 dogs in a variety of breeds and working purposes.   He became a Supreme in 2017, going onto Nationals and winning the Top 10 ring in May 2018.  We were working towards his PSA1 in 2021 when he had surgery on his ear to remove a non cancerous mast cell lump (he now has a goofy ear) and he sustained a groin injury returning due to my own stupidity letting him go too hard after too much time off....so working titles are on hold.

He has been tested on hogs with a good start.  He has produced some really nice dogs both in Canada and in Europe. 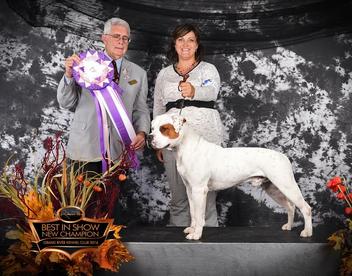 Sobek is a nice boy who 'popped' after 3.  He has massive teeth, great bone, a beautiful head, and moves with a powerful rear.  .  He is very prey driven, but will easily switch into defense and back when doing sport.   He is a super outgoing dog, very  engaged with his handler and has a stable friendly temperament, with enough oomph to work when the time is right.  A very athletic well balanced dog with no dog aggression and just happy all around. 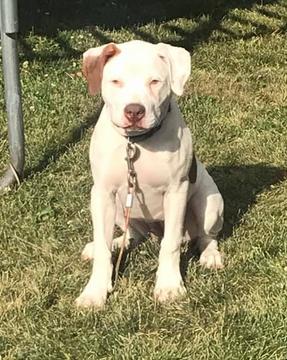 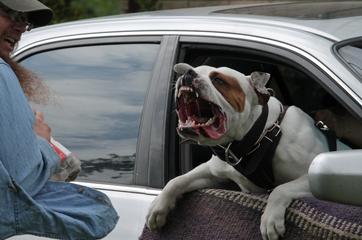 Being trained in Schutzhund.  Very promising young female, happy go lucky with super prey drive and athleticism.  Very bouncy and social.   I'm more than grateful to Tracey Hughes and Marcel Villanueva for the opportunity they are providing her to learn and be her best self.

I can't say enough about this amazing young female.  With limited handling, she absolutely rocked her first show with 3 Best in Show Standard Puppy wins to become a Junior CH.  She followed suit next show winning Best Standard Female, then a Best in Show, Champion class win and  a Best in Breed.  Next show she won her CH classes and Best in Breed again.  Show 4 in North Carolina, she was fortunate to win a huge and very competitive CH class against some really nice mature males at only 15 months!  In 2020, she finished her Grand and took 4 legs towards her Supreme beating her sire.  Judges, competitors and all who met her LOVED her happy personality and compact structure.  She's rock solid, stable, and so well put together. 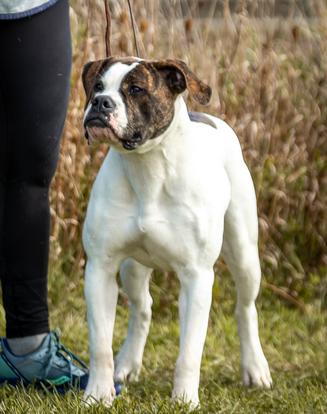 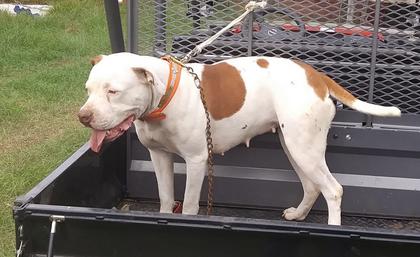 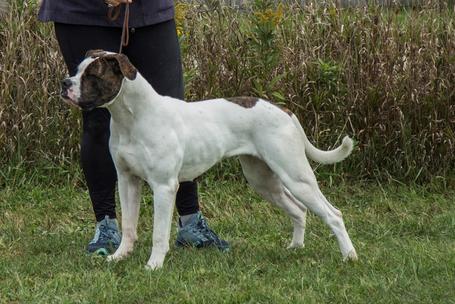 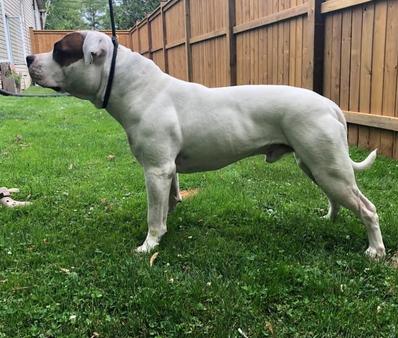 Fireball is a really promising young female prospect.  She is a big female with a boat load of bone and from an early age, an adult front end.  She is well over 79-80 lbs dog in fit condition.   She has amazing prey drive, super nerve, with a great off switch, very intelligent and a thinker.  She is very good around other dogs, and we transitioned from PSA style training to a new method in Schutzhund after 1.5 years of age, and she is extremely promising.  As a handler, I'm learning a new sport so our progress will be slow She won a Best in Show and my son handled her in the CH ring at ease...she is just an all around pleasure of a dog to own! 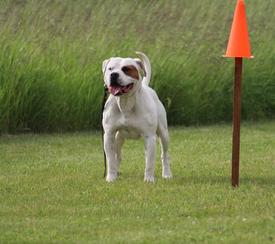 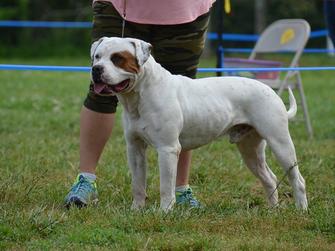 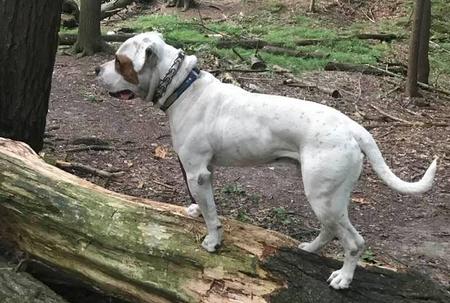 Dio is an absolute show stopper.  A monster of a dog weighing in at over 100 lbs fit.  He has so much bone and after 3, his head and neck have exploded.  Pictures do not do this dog justice.  He moves very nice with a powerful confident presence.  He's also a worker...he has great prey drive and one hell of a grip in bitework.  I'm really happy with this boy and am pleased to see him progress!  I love that he's also a great family companion for his family, and I'm thrilled that his co owners enjoy him as much as I love watching him mature. 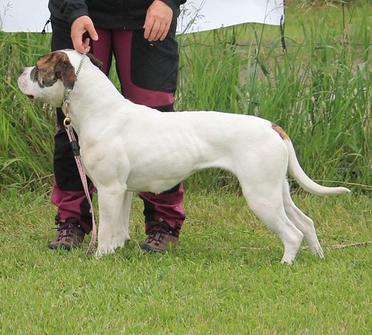 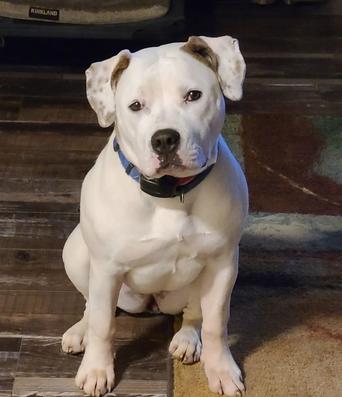 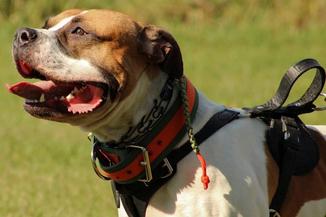 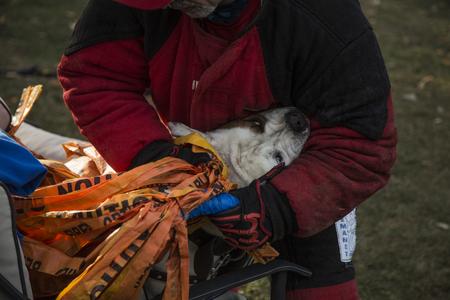